The second lens then refocuses the expanded light into the connecting fiber core by contracting the light signal back down to the size of the smaller core diameter. Expanded beam connectors can be segmented into multimode and single-mode types, and are available in multiple fiber counts, ranging anywhere from 2 to 16 fibers. 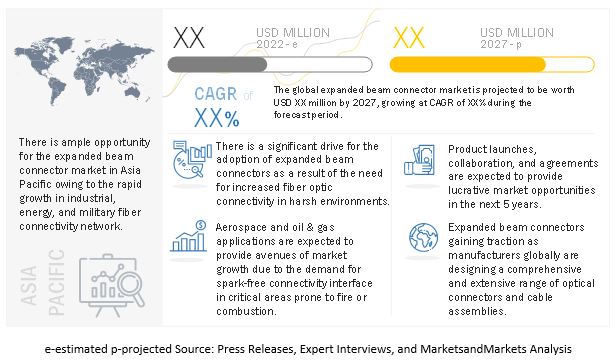 The rising deployment of optical fiber connectivity in harsh environments such as mining, outside broadcasting, offshore, and in some factory automation settings (5G and edge computing) is driving the need for expanded beam connectors as is offers the benefit of tolerating dust, debris and other contaminates on the fiber endface.