A touch sensor, also known as tactile sensors is an electronic sensor used to detect and record physical touch. These sensors are economical miniature-sized alternatives to traditional mechanical switches. They are widely used for smartphones, displays, robotics, automotive, smart homes, and industrial applications.

The global touch sensor market size is expected to grow from USD XX million in 2022 to USD XX million by 2027, at a CAGR of XX%. The increasing usage of touch sensors in portable electronics devices such as smartphones, smart TVs, and tablets and the growing demand for interactive digital signage in retail stores and malls are the key factors boosting the growth of the market. 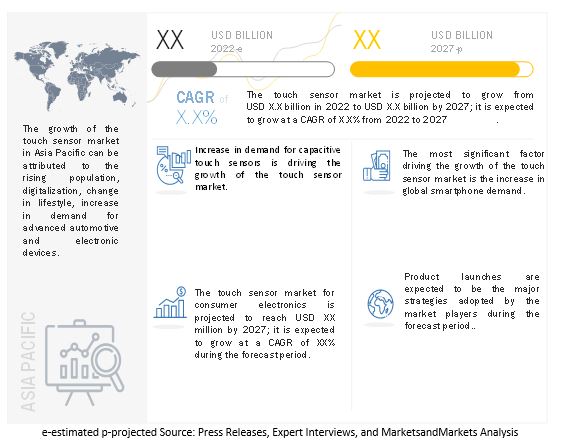 Drivers: Increase in use of touch sensors in portable electronic devices and automotive