Primary sources such as experts from both supply and demand sides have been interviewed to obtain and validate information as well as to assess dynamics of this market. The breakdown of profiles of primaries is shown in the figure below: 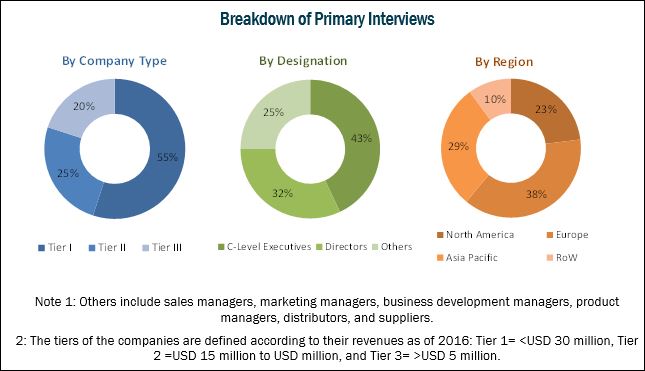 The research report categorizes the artificial tendons and ligaments market into the following segments and subsegments:

In 2018, the knee injuries segment is expected to account for the largest share of the global market. This can be attributed to the increasing incidence of knee injuries, discomfort at the harvest site due to conventional surgical treatment methods that use autografts and allografts, rising participation in sports, and advantages of artificial tendons and ligaments as compared to autografts and allografts.

Geographic segments in this report include North America, Europe, Asia Pacific, and RoW. Of these, Europe is expected to account for the largest share of the market in 2018. The artificial tendons and ligaments market for Europe is driven by the increasing number of government initiatives to encourage sports; growing number of conferences, meetings, symposia, and workshops to showcase the latest sports technologies in the UK; increasing sports-related injuries; rising cases of knee replacements; the growing medical devices industry; minimal out-of-pocket expenditure for medical devices; agreements between organizations, universities, and companies in Germany; presence of key players in Europe; increasing aging population; growing initiatives to increase the awareness about artificial tendons and ligaments in France; improving healthcare structure in Russia; and rising medical tourism in Turkey. 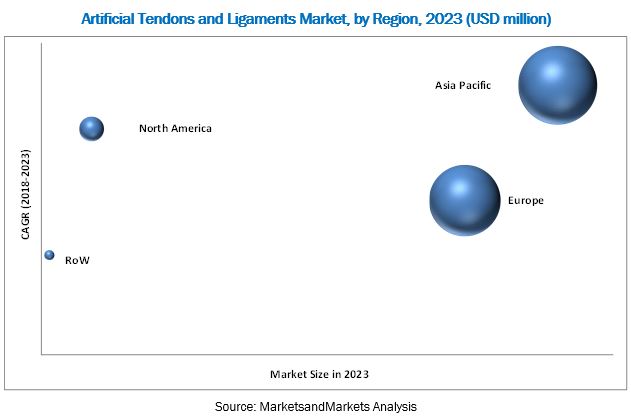 Factors such as reluctance to use artificial tendons and ligaments among healthcare providers, high procedure costs, and unfavorable reimbursement scenario across major markets are expected to restrain the growth of this market during the forecast period to a certain extent. The key players in the global artificial tendons and ligaments market are LARS (France), Neoligaments (UK), Cousin Biotech (France), Orthomed S.A.S. (France), FX Solutions (France), Shanghai PINE&POWER Biotech (China), and Mathys AG Bettlach (Switzerland).