[134 Pages Report] The 360-degree camera market was valued at USD 347.7 million in 2017 and is expected to reach USD 1,569.2 million by 2023, at a CAGR of 27.1% during the forecast period. The base year considered for the study is 2017, and the forecast period considered is 2018–2023. The objective of the report is to provide a detailed analysis of the market on the basis of connectivity type, resolution, camera type, vertical, and region. The report forecasts the market size, in terms of value, for various segments in 4 main regions North America, Europe, APAC, and RoW. It strategically profiles the key players and comprehensively analyzes their rankings and core competencies in the market, along with detailing the competitive landscape of the market leaders.

The research methodology used to estimate and forecast the market begins with capturing data on key vendor revenues through secondary research. Secondary sources used for this research study include government sources, corporate filings (such as annual reports, investor presentations, and financial statements), company websites, magazines, industry news, associations, and databases (Factiva and Bloomberg). During this research study, major players operating in the 360-degree camera market in various regions have been identified, and their offerings, regional presence, and distribution channels have been analyzed through in-depth discussions. Top-down and bottom-up approaches have been used to determine the overall market size. Sizes of the other individual markets have been estimated using the percentage splits obtained through secondary sources such as Hoovers, Bloomberg BusinessWeek, and Factiva, along with primary respondents. The entire procedure includes the study of the annual and financial reports of the top market players and extensive interviews with industry experts such as CEOs, VPs, directors, and marketing executives for key insights (both qualitative and quantitative) pertaining to the market. The figure below shows the breakdown of the primaries on the basis of the company type, designation, and region considered during the research study. 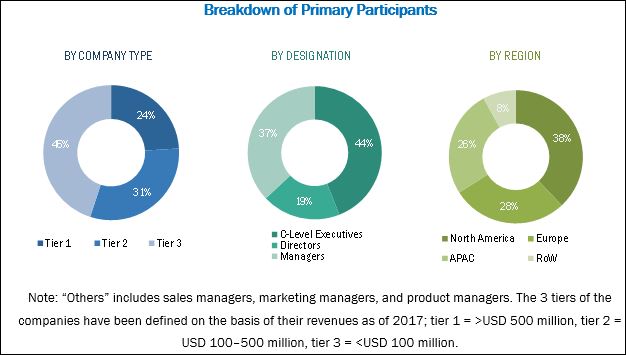 “This study answers several questions for the stakeholders, primarily the market segments to focus on in the next 2–5 years for prioritizing efforts and investments.”

This research report categorizes the market on the basis of camera type, connectivity type, resolution, vertical, and region.

The market based on resolution has been segmented into HD and UHD. The market for UHD 360-degree cameras is expected to grow at a higher CAGR during the forecast period. The market is undergoing a rapid innovation compared to the market for other DSLR cameras, and many companies are manufacturing cameras with high resolutions such as 4K, 5.7K, and 8K for the better clarity image generation. 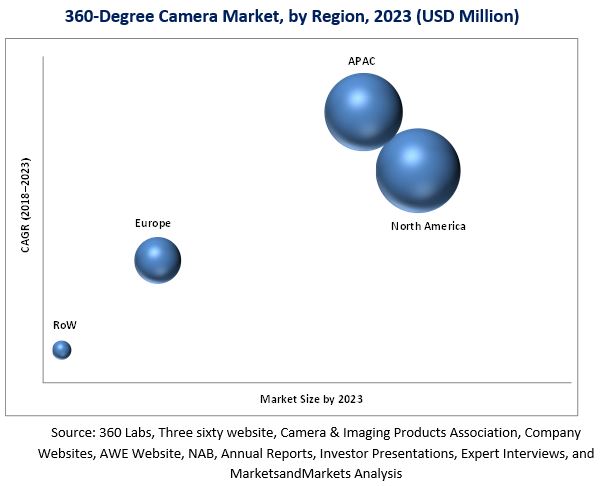 North America is expected to dominate the market, in terms of value, during the forecast period. The projected growth of the North American market is attributed to the high demand for these cameras in various verticals such as healthcare, industrial, automotive, and consumer electronics in the region. The global automotive and industrial sectors have more growth potential in North America than any other region. The inclination of consumers to adopt technologically advanced products and the presence of a large number of players manufacturing standalone cameras, as well as rigs, are the major factors contributing to the growth of the market in North America.

We are a VR company using 360 cameras to create content. We would like to learn more about the market.

Our company developed 360 degree-camera hardware-based on real time stitching SoC and plan to go to market this year(2019). We would like to know the 360-degree market and develop go-to-market strategy.

I am a student from University. I would like to do some research on 360 camera market forecasting. I am appreciated for your help.

I would like to speak with concern analyst of the report or any concern sales person to place an order . I want to know what type of "customization" you can offer and any discounts of the published price