[129 Pages Report] global size of the battery separators market was USD 2.56 Billion in 2016 and is projected to reach USD 5.13 Billion by 2022, at a CAGR of 12.5% during the forecast period. The battery separators market is driven by the rising demand for EVs, smartphones, and other electrical devices, along with various improvements in the field of lithium-ion batteries.

The main objective of the study is to define, describe, and forecast the battery separators market on the basis of type, end-use industry, material, and region. The report includes detailed information about the major factors (drivers, restraints, opportunities) influencing the growth of the market. The report strategically analyzes market segments with respect to individual growth trends, growth prospects, and contribution to the total market. The report includes analysis of the battery separators market on the basis of type (lead acid, Li-ion, others), end-use industry (automotive, consumer electronics, industrial, others), material (polyethylene, polypropylene, others), and region (Asia Pacific, Europe, North America, Middle East & Africa, South America). The market size of battery separator has been estimated in terms of value. The base year considered for the study is 2016 while the forecast period is between 2017 and 2022.

Both, top-down and bottom-up approaches have been used to estimate and validate the size of the global battery separators market, and to estimate the size of various other dependent submarkets. Extensive secondary sources, directories, and databases, such as Hoovers, Bloomberg, Chemical Weekly, Factiva, Organization for Economic Co-operation and Development (OECD), World Bank, Securities and Exchange Commission (SEC), and other government and private websites have been referred to identify and collect information useful for this technical, market-oriented, and commercial study of the battery separators market. 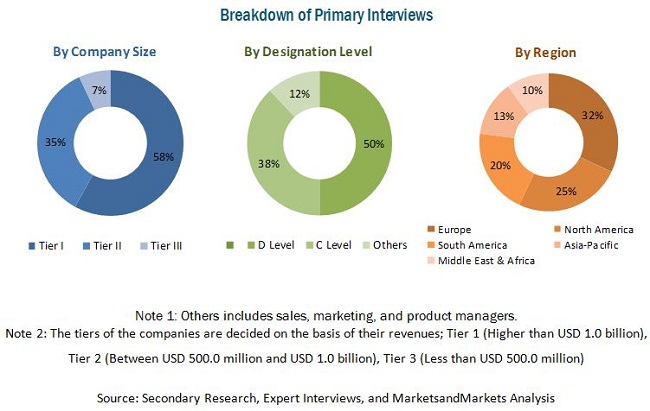 To get more details on this report,

The study answers several questions for the stakeholders, primarily which market segments to focus on in the next two-to-five years for prioritizing efforts and investments.

Based on end-use industry:

The market has been further analyzed for key countries in each of these regions.

The battery separators market has witnessed significant growth in recent years, owing to stringent regulations related to environment. Increasing population and industrialization, coupled with the increasing demand for electrically-operated vehicles and various advances done in the battery technology are driving the consumption of battery separators around the world.

North America, Europe, Asia Pacific, Middle East & Africa, and South America have been considered as the key markets for battery separators in the report. Asia Pacific is estimated to be the fastest-growing market for battery separators during the forecast period. The growth of this regional market can be attributed to the huge demand for battery materials in emerging nations such as China and India. Recently, this region has emerged as a hub for automobile production, opening avenues and opportunities for OEM market. 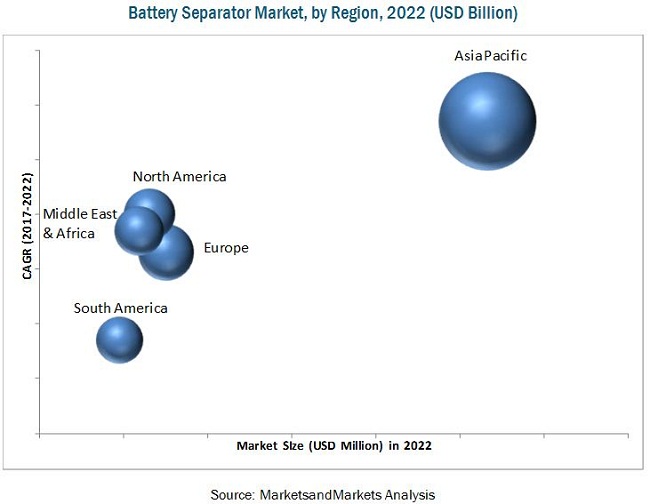 To get more details on this report,

The battery separators market is expected to witness significant growth in the coming years. However, low heat resistance of separators and various safety issues related to batteries could hinder the growth of this market.


Request for detailed methodology, assumptions & how numbers were triangulated.