[100 Pages Report] Lung in vitro models are defined as cell models that represent a normal or diseased lung physiology. These cells when constructed in a monolayer on a petri plate are called 2D in vitro models. 3D models have a 3-dimensional architecture and use supports and scaffolds to maintain their structure. 3D models can be made in-house using consumables and are also available commercially as ready-to-use in vitro models.

Top-down and bottom-up approaches were used to validate the size of the in vitro lung model market and estimate the size of other dependent submarkets. Various secondary sources such as the American Lung Association, National Center for Biotechnology Information, National Centre for Advancing Translational Sciences, European Union Reference Laboratory for alternatives to animal testing (EURL-ECVAM), European Lung Foundation, Annual Reports, Presentations, Press Releases, Journals, Paid Databases, have been used to identify and collect information useful for the study of this market. Primary sources such as experts from both supply and demand sides have been interviewed to obtain and validate information as well as to assess dynamics of this market. The breakdown of profiles of primaries is shown in the figure below: 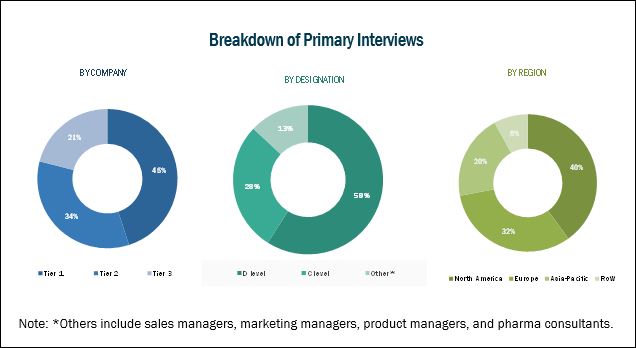 The research report categorizes the in vitro lung model market into the following segments and subsegments:

The lung in vitro models market is projected to reach USD 427.4 Million by 2023 from USD 190.5 Million in 2018, at a CAGR of 17.5%. The key factors driving the growth of this market include growing focus on developing alternatives for animal testing models, advancements in Cell Culture technologies, and the development of new 3D in vitro models. 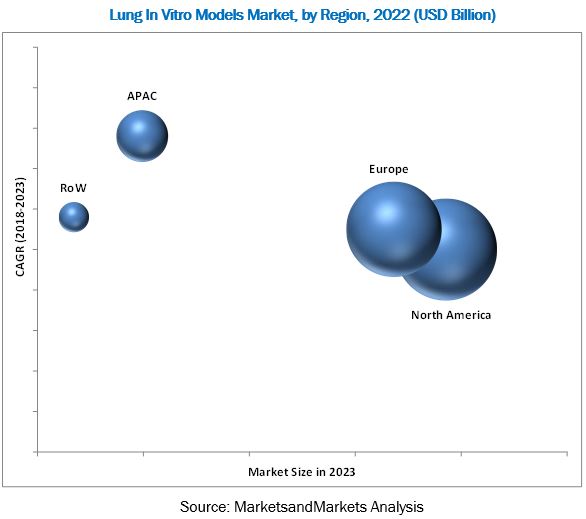 Based on region, the in vitro lung model market is segmented into North America, Europe, Asia Pacific, and the RoW. In 2018, North America is projected to account for the largest share of the global lung in vitro models market. The development in the market in North America is driven by the flourishing research environment and abundant funding program such as increased funds for the National Institutes of Health (NIH) and increased R&D activities by biotechnology and pharmaceutical companies.

However, the dearth of skilled professionals such as researchers and technicians that are required to set up and run experiments involving complex in vitro models, is likely to be a challenge for market growth.