This report aims to estimate the size and future growth of the polyurethane sealant market across different segments, such as type, end-use industry, and region. It analyzes the opportunities in the market for stakeholders and presents a competitive landscape for the market leaders. Factors, such as drivers, restraints, opportunities, and industry-specific challenges influencing the market growth have also been studied in this report.

Top-down and bottom-up approaches were used to estimate and validate the size of the global market as well as that of various other dependent submarkets in the polyurethane sealants market. The research study involved the extensive use of secondary sources, directories, and databases, such as Hoovers, Bloomberg, Chemical Weekly, Factiva, related associations/institutes, and other government associations. Private and company websites were also used to identify and collect information useful for a technical, market-oriented, and commercial study of the global polyurethane sealant market. After arriving at the total market size, the overall market was split into several segments and subsegments. The figure given below provides a breakdown of primaries conducted during the research study based on company type, designation, and region. 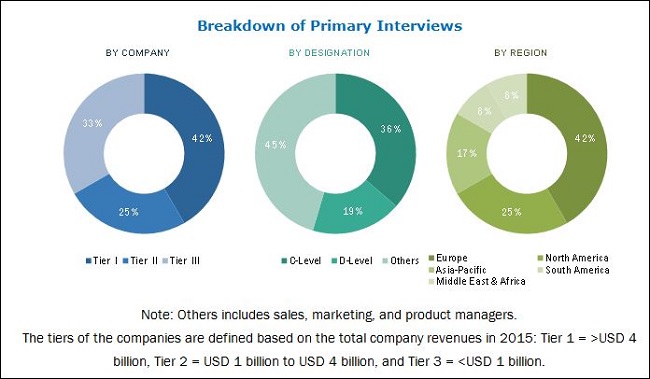 This research report categorizes the global polyurethane sealants market based on type, end-use industry, and region.

Based on End-Use Industry:

Along with the given market data, MarketsandMarkets offers customizations according to the company’s specific needs. The following customization options are available for the report:

Based on end-use industry, the building & construction is estimated to be the largest segment of the polyurethane sealants market in 2017, in terms of volume, followed by the automotive segment. The rising demand for new and innovative products, and need for research & development in polyurethane sealants has led companies to adopt organic and inorganic growth strategies to increase their market shares.

The Asia-Pacific polyurethane sealants market is projected to grow at the highest rate, in terms of value and volume, from 2017 to 2022. Polyurethane sealant manufacturers are targeting this region, as it has the largest construction industry, accounting for approximately 40% of the global construction spending. 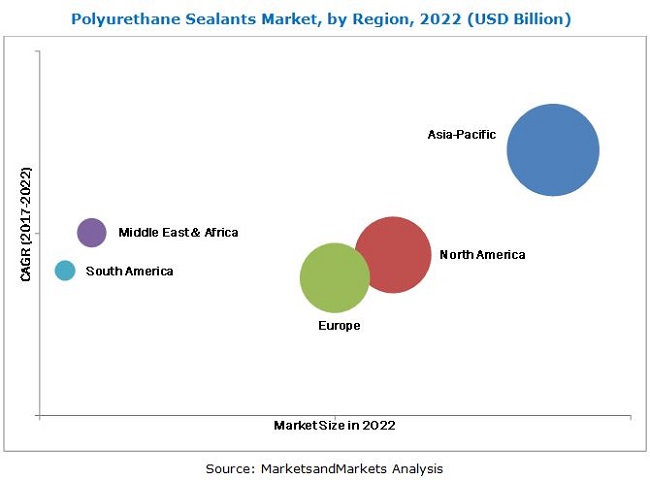 he performance of sealant manufacturers and is expected to bring down profit margins for the polyurethane sealants manufacturers.


Request for detailed methodology, assumptions & how numbers were triangulated.