The small satellite services market is projected to reach USD 53.22 Billion by 2022, at a CAGR of 29.03% during forecast period.

The cost incurred, with respect to launching a large satellite, acts as a restraint to the growth of the nascent space industry, and space-related research and exploration activities. The demand for small satellites is rising, owing to the increasing focus on reducing the total mission cost. Moreover, small satellites tend to cost less, especially in cases where mission payloads have less demanding accommodation requirements. Furthermore, small satellites can be launched on small launch vehicles that are cost-efficient. This decline in cost is anticipated to provide impetus to small satellite missions and spacecraft buses that support the same. In addition, technological advancements are expected to further enhance the capabilities of small satellites and cost less.

The improvements in computer-aided designs, early definition of design requirements, interface control documents, and hardware and software reuse are expected to lower the cost of operations and mission.

Programmatic and scientific risks involved in the production of small satellites

An increase in the number of private entrants in the small satellite market has led to a decline in dependence on governments for investments. Although this has opened several investment opportunities, it has increased the risk of failures due to negligence in the development process.

These companies make the most of the shorter development span and low cost of production of small satellites without a thorough analysis. This leads to a high risk of launch failures. Satellite development needs a thorough understanding of numerical modeling, as well as practical analysis and any flaw in the loop leads to failure of the launch mission. It is of utmost importance to understand and mitigate the flaw, and respond to it as quickly as possible. The immediate launch of the next mission is one way of mitigating the failure.

The small satellite concept carries risks concerning scientific returns as well. Rapid development missions do not offer ample time to focus on long-term issues and are generally focused on smaller problems. Such missions are generally a part of technology demonstrations and are not designed for long durations. Such programmatic and scientific risks pose restraints to the growth of the market.

Some players, such as SpaceX (US), have proposed to launch a constellation of small satellites to provide broadband internet services around the globe. These players also aim to address latency issues by positioning the satellites physically closer to the Earth than previous satellites.

These efforts are being made by companies to capitalize on the opportunity to provide internet in those parts of the world where there is minimal infrastructure and connectivity. Although the global telecommunications industry has built a robust internet network comprising fiber optic cables, radio, and microwave towers for terrestrial communications, along with undersea cables, a significant section of the population across the globe continues to remain disconnected.

This situation is due to factors, such as lower Average Revenue Per User (ARPU), and lack of infrastructure in rural and remote areas. The proposed satellite networks are expected to capitalize on their inherent advantage of height, which would enable them to cover larger areas (footprint) than the current generation of cell towers with limited coverage.

The International Telecommunication Union (ITU) is a United Nations agency that regulates orbital slots and radio frequencies. The proposed launch of low-orbiting constellations of small satellites by private players, which aim to offer global Internet access, is expected to lead to various regulatory challenges, as these companies seek frequency coordination at the agency. Furthermore, the current ITU rules are considered to be ill-fitting for small satellites, which are deployed to orbit as piggyback passengers, as the main satellite payload determines the orbital injection point.

Moreover, coordination of these constellations’ broadcast frequencies, which generally lie in the Ku- and Ka-band with pre-existing satellite systems, is expected to be highly complicated.

Objective of the Study:

Based on application, the small satellite services market has been segmented into communication, remote sensing, science & technology and education, and others.

The report provides in-depth market intelligence regarding the market dynamics and major factors, such as drivers, restraints, opportunities, and industry-specific challenges influencing the growth of the small satellite service market, along with an analysis of micromarkets with respect to individual growth trends, future prospects, and their contributions to the small satellite service market. 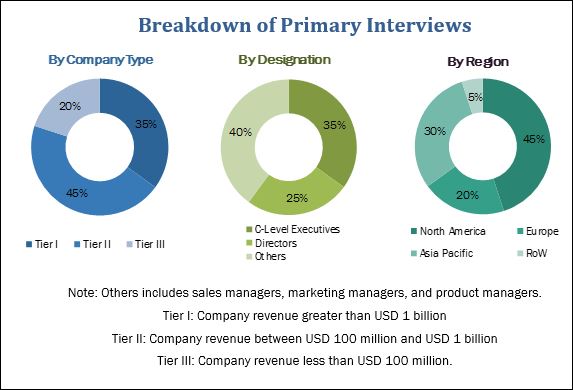 “The study answers several questions for stakeholders, primarily, which market segments they need to focus upon during the next two to five years to prioritize their efforts and investments.”

This research report categorizes the small satellite service market into the following segments and subsegments:

Along with market data, MarketsandMarkets offers customizations as per the specific needs of a company. The following customization options are available for the report:

Based on platform, the nanosatellite segment of the small satellite service market is projected to grow at the highest rate during the forecast period. Due to their low mass and small size, several satellites can be launched simultaneously from a single vehicle launcher. These satellites are designed for specific tasks, such as communication, earth observation, and space exploration, and together, in a group, perform a mission. Moreover, the low mission cost of nanosatellites has led to their adoption in the defense sector.

Based on vertical, the commercial segment of the small satellite services market is projected to grow at the highest CAGR during the forecast period, due to the increase in R&D activities for technological innovations in the telecommunication sector. In addition, several countries are engaged in the production and development of small satellites to be used for telecommunication and broadcast, and navigation worldwide, which is driving the commercial segment.

Based on application, the remote sensing segment of the small satellite service market is projected to grow at the highest CAGR during the forecast period. Remote sensing data collection and analysis services are used extensively in all commercial industries, such as agriculture, energy & power, and weather forecasting, among others. 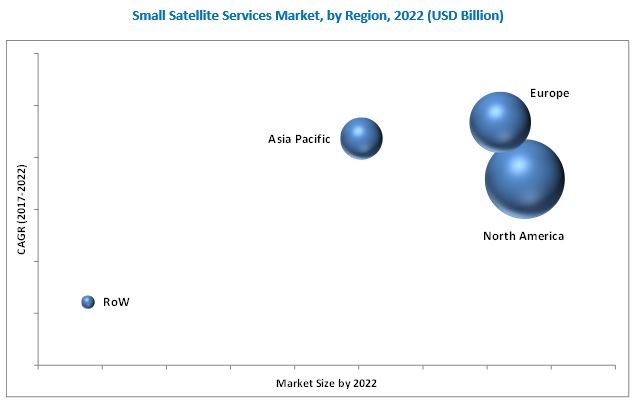 Factors, such as lack of dedicated launch vehicles, scarce intellectual assets, and design related limitations may act as restraints for the growth of the small satellite services market.

Key players profiled in the small satellite service market report include Singapore Telecommunications Limited (Singapore), Eutelsat Communications S.A. (France), EchoStar Corporation (US), Inmarsat plc (UK) and Viasat, Inc. (US), among others. Contracts was among the key strategies adopted by the leading players to sustain their positions and enhance their revenues and service offerings in the small satellite service market.

Do you know any small space satellite companies with around USD 450 Million capitalization whose shares are below USD 10/- right now?

Small Satellite Services Market
Published Date: Mar 2018 | Report Code: AS 6128
Inquiry Before Buying Request Sample
REQUEST FORM
By clicking the "Submit" button, you are agreeing to the Terms of Use and Privacy Policy.