[82 Pages Report] The swarm intelligence market is expected to be valued at USD 447.2 Million by 2030, growing at a CAGR of 40.47% from 2020 to 2030, considering the technology will get commercialized by 2020. The estimated year considered for the study is 2020, and the forecast period is between 2020 and 2023. Driven by the increasing usage of swarm intelligence for solving big data problems, the rising adoption of swarm-based drones in the military, and need for swarm intelligence in the transportation business, the market is likely to witness high growth in the coming years. The objective of the report is to provide a detailed analysis of the market based on model, capability, application, and region. The report provides detailed information regarding the major factors influencing the growth of the market.

The data has been verified through primary research by conducting extensive interviews with key experts such as CEOs, VPs, directors, and executives. The market breakdown and data triangulation procedures have been employed to complete the overall market engineering process and arrive at the exact statistics for all segments and subsegments. The breakdown of the profiles of primaries has been depicted in the following figure: 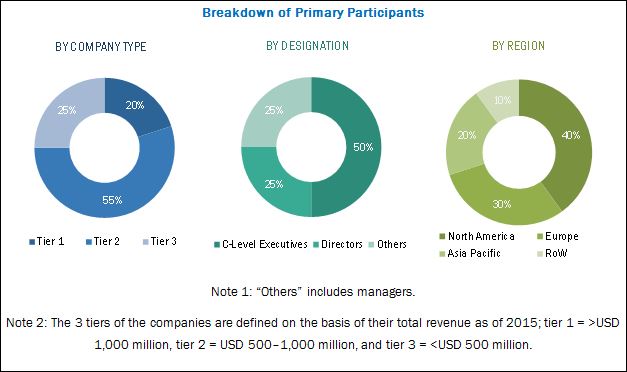 This study answers several questions for the stakeholders, primarily which market segments to focus on in the next 2–5 years for prioritizing efforts and investments.

This research report categorizes the overall swarm intelligence market based on model, capability, application, and geography.

The swarm intelligence market is expected to be valued at USD 447.2 Million by 2030, growing at a CAGR of 40.47% from 2020 to 2030, considering the technology will get commercialized by 2020. The major factors driving the growth of this market include the increasing usage of swarm intelligence for solving big data problems and the rising adoption of swarm-based drones in the military. In transportation, the movement of goods along different routes increases operational costs for business, as well as lengthens the travel time. This generates the need for analytical models that can solve such problems. Ant Colony Optimization (ACO), a swarm intelligence-based algorithm, is used to solve optimization problems. This factor would further propel the growth of the market in the transportation business during the forecast period.

Optimization is expected to account for the largest share of the market by 2020. Optimization is a way to solve the problem with the best combination of solutions under given constraints. These types of problems are hard to solve because of the availability of a large number of possible solutions. Swarm intelligence algorithms such as Particle Swarm Optimization and Ant Colony Optimization, and proprietary algorithms are used to find the best optimal solution among different solutions. 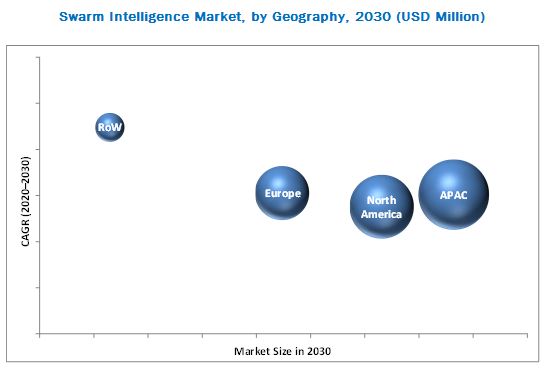 On the basis of geography, the swarm intelligence market has been segmented into North America, Europe, APAC, and RoW. APAC is expected to account for the largest share of the overall market by 2020. On the other hand, the market in RoW is expected to grow at the highest CAGR during the forecast period. The growth of the market in this region is mainly attributed to increasing investments in the field of UAVs and the growing procurement of UAVs by the defense sector in Latin America.

Swarm intelligence is a technology that deals with natural and artificial systems composed of many individuals that coordinate using decentralized control and self-organization. It is based on the behavioral models of social insects such as ants, bees, wasps, and termites. The technology is still in the nascent stage; as a result, there is low awareness about this technology across the globe. Moreover, players from industries such as energy and power, retail, and IT and Telecom are reluctant to accept this technology as it is unproven.

*Details on Business Overview, Products Offered, Product Offering, Business Strategy, and Case study might not be captured in case of unlisted companies.