The report provides in-depth market intelligence regarding the Digital Radio Frequency Memory (DRFM) market dynamics and major factors that influence the growth of the market such as drivers, restraints, opportunities, and industry-specific challenges, along with an analysis of micromarkets with respect to individual growth trends, future prospects, and their contribution to the DRFM market.

Market size estimations for various segments and subsegments of this market were done by referring to various secondary sources, such as the Association of Old Crows; company websites; corporate filings that include annual reports, investor presentations, and financial statements; and trade, business, and professional associations; among others. Corroboration with primaries and market triangulation with the help of statistical techniques using econometric tools were carried out. All percentage shares, splits, and breakdowns were determined using secondary sources and verified through primary sources. All possible parameters that affect the market covered in this research study have been accounted for, viewed in extensive detail, verified through primary research, and analyzed to acquire the final quantitative and qualitative data. This data is consolidated and added with detailed inputs and analysis from MarketsandMarkets, and presented in this report. 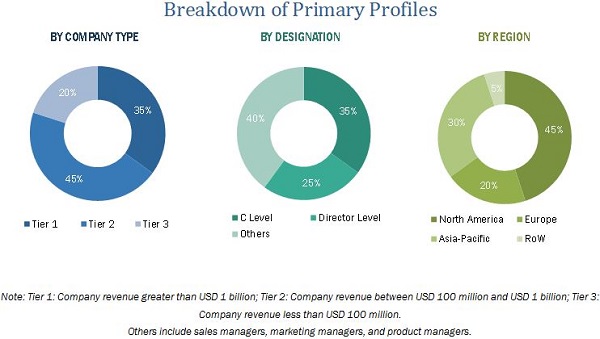 This research report categorizes the DRFM market into the following segments and subsegments:

Customizations available for the report:

With the given market data, MarketsandMarkets offers customizations as per specific needs of the company. The following customization options are available for the report:

The Digital Radio Frequency Memory (DRFM) market was valued at USD 613.9 Million in 2016, and is projected to reach USD 1,222.2 Million by 2022, at a CAGR of 12.16% from 2016 to 2022. Advancements in military technology have led to the development of superior air defense systems. These systems have posed a serious challenge for airborne units operating in enemy airspace leading to severe damage, attrition of units, and loss of personnel. Electronic warfare technologies are focused on reducing the instances of detection by enemy radars and providing the necessary time to evade them.

DRFM-based electronic warfare systems are installed in various defense platforms, such as ground-based military units, Unmanned Aerial Systems (UAS), and navy ships. The growth of the airborne electronic warfare systems and the upgrade of older air platforms are significant factors driving the demand for DRFM-based jammers. Other applications of DRFM-based jammers include Radar Environment Simulation (RES) testing. The RES testing procedure involves evaluation of radar systems in an anechoic environment during their designing phase. The shortcomings of radar systems are eliminated by incorporating design changes during radar development.

On the basis of architecture, the Digital Radio Frequency Memory (DRFM) market has been segmented into processor, modulator, converter, memory, and others. The memory stores the digital waveform of the incoming radar signal. DRFM processes this signal to be sent back to the target radar for deception jamming. Based on architecture, the processor segment accounted for the largest share of the DRFM market in 2016. 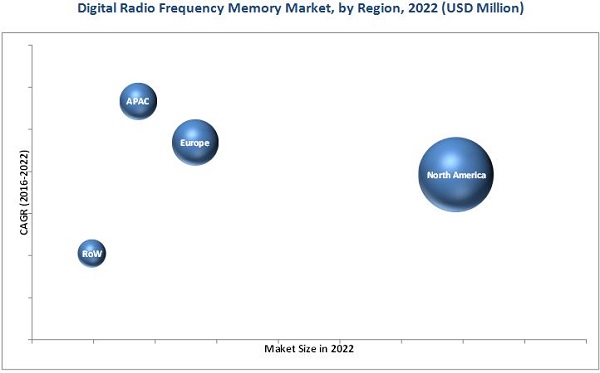 North America accounted for the largest share of the DRFM market in 2016. The defense forces in North America are increasingly investing in the development of technologically advanced DRFM systems. Northrop Grumman Corporation (U.S.) and BAE Systems plc (U.K.) are among the well-established and prominent DRFM manufacturers in this region.

Reduction in defense expenditure in developed nations and ban on the usage of jammers for civilian application are some of the key factors restraining the growth of the Digital Radio Frequency Memory (DRFM) market during the forecast period.

*Details Might Not Be Captured in Case of Unlisted Companies.

Digital Radio Frequency Memory Market
Published Date: Mar 2017 | Report Code: AS 5112
Inquiry Before Buying Request Sample
REQUEST FORM
By clicking the "Submit" button, you are agreeing to the Terms of Use and Privacy Policy.