The report provides in-depth market intelligence regarding the space situational awareness market and major factors, including drivers, restraints, opportunities, and challenges that may influence the growth of the market. It also provides an analysis of micromarkets with respect to individual growth trends, growth prospects, and their contribution to the overall market.

Space Situational Awareness market and its subsegment was arrived by referring to varied secondary sources, such as Hoovers, Bloomberg Businessweek, Factiva, annual reports, and publications, among others. Furthermore, market triangulation was performed with the help of statistical techniques using econometric tools. All percentage shares, splits, and breakdowns were determined using secondary sources and verified through primary sources. All possible parameters that affect the market have been accounted for, viewed in extensive detail, verified through primary research, and analyzed to acquire the final quantitative and qualitative data. This data was consolidated with detailed inputs and analysis from MarketsandMarkets, and presented in this report. 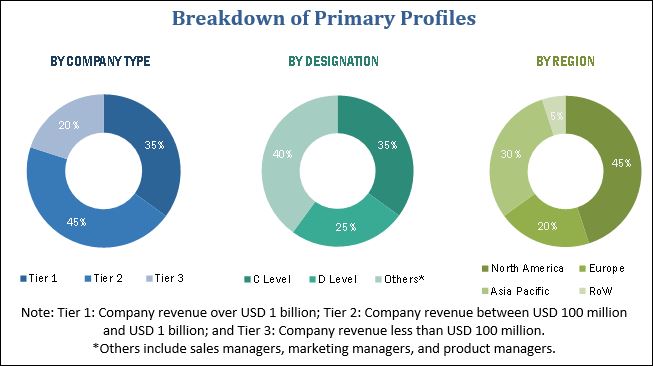 We helped one of the top 10 global leaders in space services to identify ~USD 400 million market potential by tapping into advanced technologies across the UK, Sweden, and France.

Our client, a leader in space services, was keen to build a substantive business in the Space Situational Awareness (SSA) market in Europe. The senior management wanted to take many crucial decisions such as: which SSA capability to focus on, which value proposition would help them win, which countries in the European Union to prioritize, and to focus on which end-use industries.

We started by identifying key disruptive technology trends that were changing the revenue mix of our client’s clients, who were: satellite operators, satellite owners, space agencies, space insurance companies, energy industry, air navigation service providers across Europe. We also interviewed a host of potential customers in end-use industries to understand their unmet needs, what they looked for in a technology partner, possible use cases, and benefits from the SSA sensing technology.
Our work helped the client assess the market potential, high impact use cases, expected revenue forecast of high-quality Low Earth Orbit debris raw sensor data, gain information on an advanced software facility like Comspoc, know about applications such as space event generator and their uses by end-users like governments, military, and commercial entities. Further, we also helped the client understand the competitive landscape, varying business models and strategies of different players in space situational awareness. Thanks to our help, the client was successful in devising a differentiated product offering and forging suitable alliances to win in this market.

Our work resulted in the client tapping into an approximate USD 1.4 billion market, with projected revenue of USD 300 million in three years.

This research report categorizes the space situational awareness market into the following segments and subsegments:

Customizations Available for the Report:

Along with the market data, MarketsandMarkets offers customizations as per the specific needs of a company. The following customization options are available for the report:

Space situational awareness servcice such as space weather services, near-earth object detection services, and space surveillance and tracking services are offered by the leading players in the market to enable the detection of objects such Space debris, Rocket Bodies, mission related debris, and fragmented debris and among others.

The growing threat of space debris, and rise in space exploration activities, and growing traffic of space are key factors driving the growth of the space surveillance and tracking service  market. 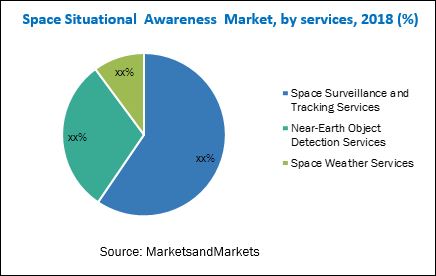 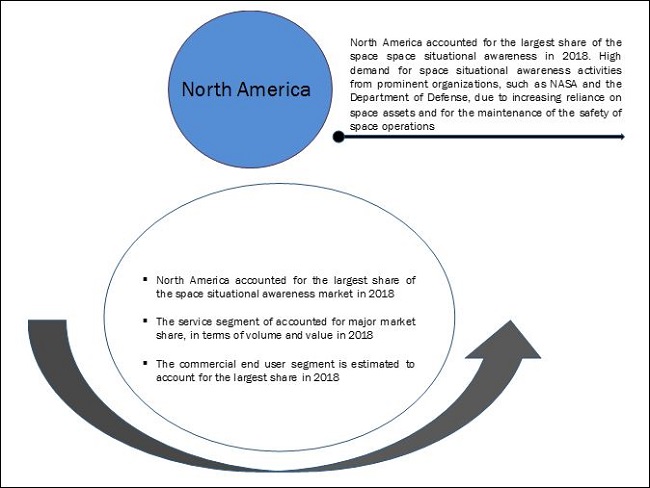 The space situational awareness market is estimated to be USD 1.15 billion in 2018 and is projected to reach USD 1.44 billion by 2023, at a CAGR of 4.54% from 2018 to 2023. The growth of the market is driven by several factors, including the growing congestion of objects in the space, and the focus of government agencies and private entities on space situational awareness.

The space situational awareness market has been segmented based on offering, object, end user and region. Based on offering, the services segment is estimated to lead the market in 2018. The growth of this segment can be attributed to the ongoing activities, such as space debris modelling and robotic exploration of the solar system and the emphasis on developing space weather and Near-Earth Object (NEO) services, while research, development, and validation activities continue in the domain of space surveillance and tracking.

Based on end user, the commercial segment of the space situational awareness market is projected to grow at a higher CAGR, as compared to the government & military segment, during the forecast period due to various private space entities focusing on SSA solutions for satellite operations throughout the satellite’s lifecycle.  Commercial companies are taking an interest in space situational awareness to offer space-based services, such as to deorbiting of non-functional spacecraft, conjunction avidness of satellites, and removal of debris left by government/military surveillance networks, and offering data-sharing transparency for satellite operators/owners. 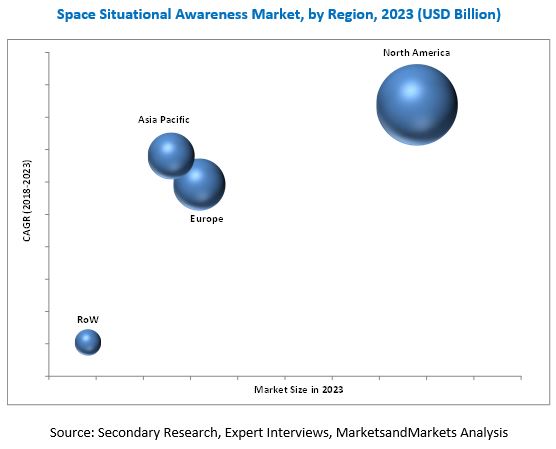 Some of the major players operating in the space situational awareness market include Schafer (US), Analytical Graphics (US), Applied Defense Solutions (US), ExoAnalytic Solutions (US), and Vision Engineering Solutions (US). These key players offer various space situational awareness services and software, such as conjunction analysis, space debris end-to-end services, Joint Space Operations Centre (JSpOC), and Orbit Determination Tool Kit (ODTK), among others. New product development, partnerships, and contracts are the major growth strategies adopted by these players to improve their position in the market.

The continuous addition of newly designed space systems and spacefaring entities, along with the presence of hazardous debris, is resulting in a complex and congested space environment. This increasing space congestion leads to the requirement of enhanced space situational awareness capabilities for satellite operators and government agencies to effectively respond to the changing nature of space operations. 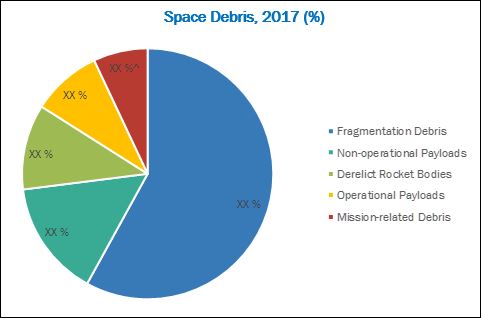 According to the European Space Agency (ESA), in almost 60 years of space activities, more than 5,250 launches have resulted in about 42,000 tracked objects in orbit, of which about 23,000 remain in space and are regularly tracked by the US Space Surveillance Network. This information is maintained in their catalog, which covers objects larger than 5 to 10 centimetres in the Low-Earth Orbit (LEO) and 30 centimetres to 1 meter at geostationary altitudes.

Space debris, also known as space junk, space waste, space trash, space litter, or space garbage is a term for the mass of defunct, artificially-created objects in space, most notably in Earth orbit, such as old satellites and spent rocket stages. It includes fragments from satellite and rocket disintegrations, erosions, and collisions.

Non-operational payloads or Orbital space debris, also referred to as artificial or manmade space debris, is basically any space object or hardware fragment that no longer has a useful function. Accidental incapacitations and satellite interceptions by surface-launched missiles have been major contributors to non-operational payloads trash in space in the recent past. International guidelines have been implemented for satellite operators to ensure that their incapacitated spacecraft are removed within a reasonable period of time after a mission ends.

Hi, Does this report cover the subscription prices that satellite operators are currently paying for satellite tracking data?