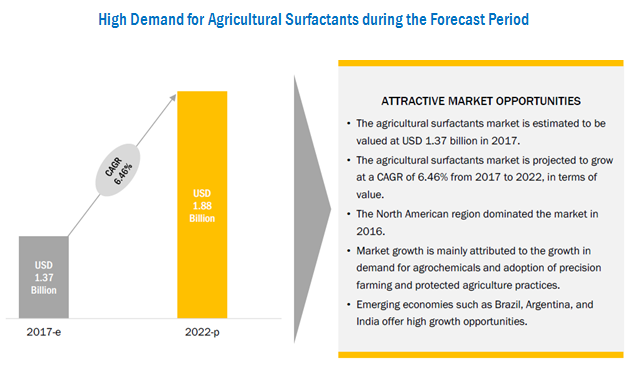 With the growing regulatory pressure on synthetic surfactants, the client wanted to identify new areas of growth in the European market. On approaching MnM to enquire about the growth prospects in the agricultural surfactants segment, the client was happy to know that we keep track of ongoing developments in agrochemicals and allied industries.

Increase in demand for green solutions

The global surfactants market is primarily dominated by chemical surfactants derived from oleochemical or petrochemical sources. However, due to the rising concerns for the safety of the environment as well as human health, the governments and surfactant manufacturers are majorly focusing on shifting to renewable and sustainable products in almost every application. This has led to high demand for biologically derived products that pose a negligible threat to the environment as compared to the conventional petroleum-derived products that are toxic in nature and bio-accumulate in the marine environment. Biosurfactants are microbial surfactants having superior functionality when compared to chemically synthesized agents. These types of surfactants are considered eco-friendly raw materials due to their high level of safety and biodegradability. The rising awareness among consumers for the use of renewable and natural ingredients in their day-to-day products is boosting the demand for biosurfactants and the development of greener solutions for various applications such as cosmetics, pharmaceuticals, industrial cleaning, and biochemicals. The manufacturers are, therefore, keen to adapt to this changing trend of utilizing green solutions in their products.

Use of genetically modified seeds

Bacillus thuringiensis (Bt) is a bacterium that contains an endotoxic insecticidal gene, which is induced by genetic engineering in crops such as corn, tomatoes, rapeseeds, rice, and soybean. These genetically modified crops have the ability to develop their own Bt toxins that act as pesticides. Genetically modified crops have reduced the dependency of farmers on the usage of pesticides for pest management.

According to a research paper published in Agricultural & Applied Economics Association and Western Agricultural Economics Association, 8 million farmers cultivated more than 181 million hectares of GM crops across 28 countries in 2016. The leading developing countries engaged in GM crop production are India, China, Brazil, Argentina, and South Africa. These examples of biotechnological revolution severely affect the global crop protection chemicals market, which in turn will affect the agricultural surfactants market. According to International Service for Acquisition of Agri-biotech Applications (ISAAA), in 2013, GM crops were cultivated in 175.2 million hectares across the world.

The increasing use of GM seeds and crops is directly curbing the use of pesticides as GM seeds and crops have helped farmers to avoid monetary costs, spraying time loss, exposure to harmful chemicals, weeding, and potential health risks, owing to the use and handling of pesticides. In some regions, particularly in North and South America, the increasing use of GM crops might mean the limited use of insecticides, but increased use of herbicides.

The production of bio-based surfactants on a commercial scale is not yet viable due to many barriers related to costs, productivity, and yield. The increased downstream cost, high foam formation during production, and low productivity have resulted in many R&D activities. Many new developments have been the area of focus for researchers; these include reducing the raw material costs, increasing the production yield, and developing oxygenation strategies to lower the foam formation. In order to improve the bio-based surfactant productivity, several approaches have been undertaken, such as genetic modifications (amplification or gene knockout, mutation, and altered regulation), optimization of growth conditions (temperature, pH, growth medium, fermentation phases, and oxygenation), and computational modeling.

It has been observed that the production of bio-based surfactants in a bioreactor leads to intense foaming formation, during the aeration and agitation of the solution. Sometimes, the high foam formation is caused by the presence of extracellular proteins, thereby resulting in an increase in production cost. Though mechanical foam breakers and antifoam agents are used, they are not very efficient and tend to alter the quality of the product. However, many strategies are being developed to overcome this issue of foam generation.

Also, it has been studied that the use of low-cost substrates such as crude or waste materials—such as glycerin from biodiesel production waste, fatty acids from soybean oil refinery waste, and sunflower oil refinery waste—reduces the production costs of bio-based surfactants largely. The use of such waste substrates substantially reduces the overall costs, maximizes the utilization efficiency, and makes the process eco-friendlier.

Objectives of the report 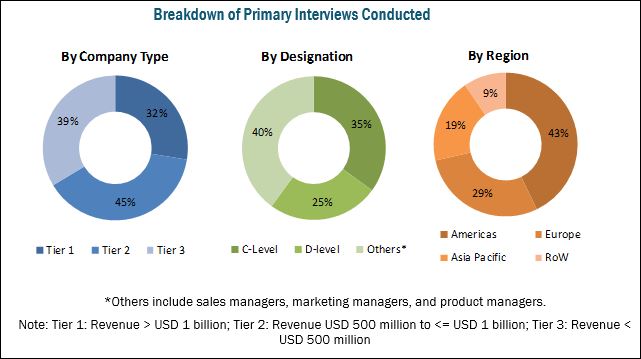 The various contributors involved in the value chain of the agricultural surfactants market include raw material suppliers, R&D institutes, agricultural surfactant manufacturing companies as DowDuPont (US), BASF (Germany), AkzoNobel (Netherlands), Evonik (Germany), and Solvay (Belgium), and government bodies & regulatory associations such as the US Department of Agriculture (USDA) and the US Environmental Protection Agency (EPA).

Based on Type, the market has been segmented as follows:

Based on Application, the market has been segmented as follows:

Based on Substrate type, the market has been segmented as follows:

Based on Crop Type, the market has been segmented as follows:

Based on Region, the market has been segmented as follows:

With the given market data, MarketsandMarkets offers customizations according to the company’s specific scientific needs.

The agricultural surfactants market was valued at USD 1.37 Billion in 2017 and is projected to reach USD 1.88 Billion by 2022, growing at a CAGR of 6.46%. Due to the growing demand for agrochemicals and the adoption of precision farming and protected cultivation, the market for surfactants is expected to grow in the coming years.

The market, based on type, has been segmented into non-ionic, anionic, cationic, and amphoteric. The non-ionic segment occupied the largest share in the market as most agricultural surfactants are non-ionic and are used for general wetting and spreading. Additionally, non-ionic surfactants are usually sold for being added to herbicide spray solutions. These surfactants are good dispersing agents, stable in cold water, and are less toxic to both plants and animals.

The market for agricultural surfactants, by application, has been segmented into herbicides, fungicides, insecticides, and others (fertilizers, micronutrients, biostimulants, disinfectants, biocides, plant regulators, and other crop protection chemicals such as nematicides and acaricides). Agricultural surfactants are almost always present in herbicide treatment solutions with the aim to improve spray droplet retention on and penetration of active ingredients into plant foliage. Hence, this application dominated the market in 2017.

The market for agricultural surfactants, by substrate type, has been segmented into synthetic and bio-based. Synthetic surfactants are mainly derived from the chemical synthesis of petroleum or petroleum-based products. Currently, most surfactants available in the market are synthesized from petroleum-based feedstock such as ethylene, benzene, kerosene, and n-paraffins. This segment dominated the market in 2017 due to the high consumption of herbicides and fungicides that consist of surfactants in the range of 1%–10%.

The market for agricultural surfactants, by crop type, has been segmented into cereals & grains, fruits & vegetables, and others (sugarcane, plantation crops, and turf & ornamentals). Herbicides are largely used during the production of cereals & grains. Surfactants are used in herbicide treatment solutions for cereals & grains to improve spray droplet retention and penetration of active ingredients into the plant foliage. Therefore, the cereals & grains segment dominated the market in 2017.

South America is projected to be the fastest-growing market for agricultural surfactants over the next five years. This can be attributed to Brazil and Argentina, which are the leading agricultural producers in the world. North America dominated the market in 2017 due to the presence of players such as DowDuPont (US), Huntsman Corporation (US), Helena Chemical (US), and Stepan Company (US).

Use of genetically modified seeds and the growing restrictions on synthetic surfactants have been the major restraints for the market growth.

The global market for agricultural surfactants is dominated by large-scale players such as DowDuPont (US), BASF (Germany), AkzoNobel (Netherlands), Evonik (Germany), and Solvay (Belgium). Huntsman Corporation (US), Nufarm (Australia), Clariant (Switzerland), Helena Chemical Company (US), Croda International (UK), Stepan Company (US), and Wilbur-Ellis Company (US) are a few other key market players that also hold a significant share of the market.

7 Market for Agricultural Surfactants, By Application (Page No. - 51)
7.1 Introduction
7.2 Herbicides
7.3 Fungicides
7.4 Insecticides
7.5 Others

Does this report provide market numbers for Kenya?