Few of the drivers for the growth of this market include less expensive and minimum infrastructure maintenance, and decreased travel time and transport costs. 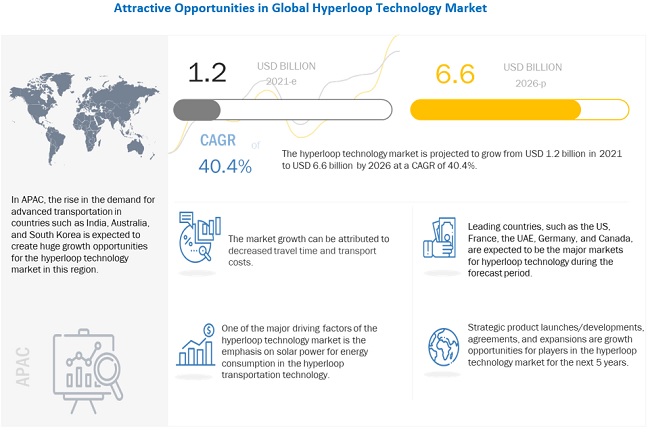 An increase in the number of connected devices has led to the requirement for high-speed internet connectivity, especially in digitally-advanced workplaces. With 3G becoming obsolete and 4G expanding its prospects rapidly across different applications, efforts are being made worldwide on a large scale for the development of the 5G technology. The 5G network infrastructures are expected to offer connectivity of ≥1 Gbps as speculated by several leading network providers, such as AT&T, Sprint, and T-Mobile, among others. The 5G network infrastructures are intended to cover end-to-end/point-to-point-based ecosystems to develop a fully connected world using a highly heterogeneous network. The 5G network is expected to offer high-speed data transfer, increased device connection density, and real-time services with minimum latency. This, in turn, is expected to contribute to the increasing requirement for network infrastructure testing services.

Passenger safety and security is one of the major concerns for the growth of the hyperloop market. Hyperloop is a new transportation system that is elevated and enables travel at very high speeds of around 650 mph inside a low air-pressure tube. In comparison with bullet trains and airplanes, which have past precedents in the form of regular trains or commercial airplanes, hyperloop has no resemblance to any conventional means of transportation. There is still skepticism about the reliability of hyperloop technology. Governments and capital investors have started believing more in the technology after the first hyperloop became operational. Currently, companies such as HTT and Virgin Hyperloop are conducting trials to expedite the development

The rapidly increasing population is one of the major reasons for traffic congestion worldwide. Every country in the world is facing problems related to road congestion. Countries such as China, Japan, India, the US, the Netherlands, the UK, and France are facing heavy road traffic issues in metro cities, and it is becoming difficult to control the growing number of vehicles on the roads on a daily basis. Other modes of transport are not always viable; air transport is costly, and water transport is time-consuming. Thus, hyperloop would be an efficient solution to overcome all these problems.

Challenge: Possibility of passenger emergency due to power outage

The possibility of passenger emergency in the case of a power outage is one of the major challenges faced by the hyperloop technology. In case of an emergency, such as human control error or unpredictable weather attacks, the hyperloop has to be able to carry passengers to the nearest station to ensure their safety. Hyperloop pods and tubes need to be equipped with evacuation points such as windows, doors, and other emergency exits. All the capsules should have direct radio contact with station operators, allowing passengers to report any incident, request for help, and receive on-board assistance when required. An emergency situation in a hyperloop capsule requires the system to complete the planned journey and meet emergency personnel at the destination.

Capsules to grow at the highest CAGR in Hyperloop Market, by transportation during the forecast period.

Capsules are expected to grow at the highest CAGR in the coming years owing to additional technological developments in the architecture of capsules. Additionally, freight capsules will require modifications according to the requirements for the forecast period. Freight transportation is expected to grow at the highest CAGR due to less regulations and minimal environmental restraints (for instance, impact of acceleration and pressure) for freight. It is expected to attain higher adoption in the coming years.

Passenger transportation is expected to hold a major share of the market as most companies are focusing on commuters and connecting major cities and countries to gain a higher share of the market. It is expected to reduce travel time by drastic hours.A passenger carriage pod is designed to carry only passengers. According to the design or prototype, each capsule or pod would be capable of carrying approximately 40 passengers and traveling at the speed of 760 mph (1,220 kmph). According to the Alpha Document by SpaceX, passenger carriage pods are designed to be 7 feet 4 inches (2.23 meters) in diameter. According to different industry experts, passenger hyperloop capsules are expected to be operational after freight hyperloop capsules, considering the possible threats to human health and safety posed by traveling at such high speeds. According to HTT (US), the final operational capsule would be ready for the public in early 2023.

As vehicles are contained within a solid tube, any change of direction is difficult with hyperloop. As collisions with the tube wall at 1200 km/h are not tolerable, for reasons of weight, energy, and steering, the size of the vehicle is seriously constrained. It is also necessary to avoid curves or gradients of the guideway as much as possible in order to stay within the comfort level, and lateral acceleration of 0.1 g should not be exceeded, which means that at a maximum speed of 1200 km/h, the permitted curve radius would be more than 100 km. Existing interstates are a possibility because public rights-of-way are hundreds of feet wide on either side. Going down the middle is a possibility too. But those are options only if the route is straight. Negotiating a curve is not possible at higher speeds..

High demand for better connectivity in Australia, India and South Korea, to drive the market growth for hyperloop technology in Asia Pacific region

Australia is projected to hold the largest market in Asia Pacific for the forecast period. The proposed route of an Australian hyperloop would be between Sydney and Melbourne, which will reduce the 8-hour car journey to 55 minutes. To achieve this, the hyperloop system would send commuter and freight pods flying through a depressurized tube at speeds in excess of 1,000 km/h. Ultraspeed Australia, the official Australian representative of Virgin Hyperloop has flagged plans to have a functioning hyperloop in Australia. 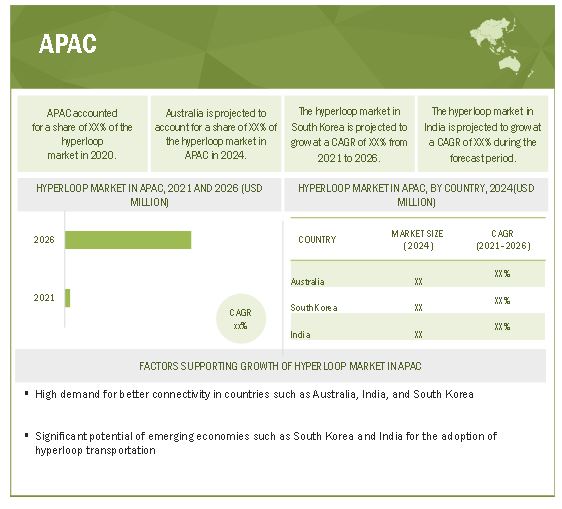 This report categorizes the Hyperloop Technology Market based on transportation system, carriage type, speed, and region.

What is the current size of the hyperloop technology market?

What is guideway and why do they hold the largest market share during the forecast period?

Guideway consists of tubes and switches. The hyperloop route is formed with a partially evacuated cylindrical steel tube. The tube is placed on top of the concrete pylons that are placed at a distance of approximately 30 meters, which varies slightly depending on the location. The diameter of the tube permits optimal air flow around the capsule to enhance performance and reduce energy consumption at the expected travel speed. According to the Alpha document by SpaceX (US), the inner diameter of the hyperloop passenger tube is optimized to be 7 feet 4 inches, and that of the freight carriage tube is 10 feet 10 inches. The designated pressure inside the tube would be around 0.015 psi (100 pascals)—1/6th of the pressure on Mars. The low-pressure environment minimizes the drag force on the capsule vehicle and helps maintain high speed as increased drag force leads to additional power consumption.

What are the challenges faced by hyperloop technology market?

Shortages of capital from government and capital investors, possibility of passenger emergency due to power outage and capsule depressurization risk are some of the challenges faced by the hyperloop technology market.

What are the technological trends going inthe hyperloop technology market?

Maglev, also called a magnetic levitation train or maglev train, is a floating vehicle for land transportation that is supported by either electromagnetic attraction or repulsion. Maglevs were conceptualized during the early 1900s by American professor and inventor Robert Goddard and French-born American engineer Emile Bachelet and have been in commercial use since 1984, with several units operating at present and extensive networks proposed for the future.

Which are the major companies in thehyperloop technology market?

Virgin Hyperloop (US), Hyperloop Transportation Technologies (US), and Transpod (Canada)are some of the players dominating the global hyperloop technology market.

* Business Overview, Products/Services/Solutions Offered, Recent Developments, and MnM View might not be captured in case of unlisted companies.

The study involved 4 major activities in estimating the current size of the Hyperloop Technology market. Exhaustive secondary research has been conducted to collect information about the market, the peer market, and the parent market. Validating findings, assumptions, and sizing with industry experts across the value chain through primary research has been the next step. Both top-down and bottom-up approaches have been employed to estimate the complete market size. After that, market breakdown and data triangulation methods have been used to estimate the market size of segments and subsegments.

The research methodology used to estimate and forecast the Hyperloop Technology market begins with capturing the data on revenues of the key vendors in the market through secondary research. This study involves the use of extensive secondary sources, directories, and databases, such as Hoovers, Bloomberg Businessweek, Factiva, and OneSource, to identify and collect information useful for the technical and commercial study of the Hyperloop Technology market. Secondary sources also include annual reports, press releases, and investor presentations of companies; white papers, certified publications, and articles from recognized authors; directories; and databases. Secondary research has been mainly done to obtain key information about the industry’s supply chain, market’s value chain, total pool of key players, market classification and segmentation according to industry trends, geographic markets, and key developments from both market- and technology-oriented perspectives.

In the primary research process, various primary sources from both supply and demand sides were interviewed to obtain the qualitative and quantitative information relevant to the Hyperloop Technology market. Primary sources from the supply side include experts such as CEOs, vice presidents, marketing directors, technology and innovation directors, application developers, application users, and related executives from various key companies and organizations operating in the ecosystem of the Hyperloop Technology market. 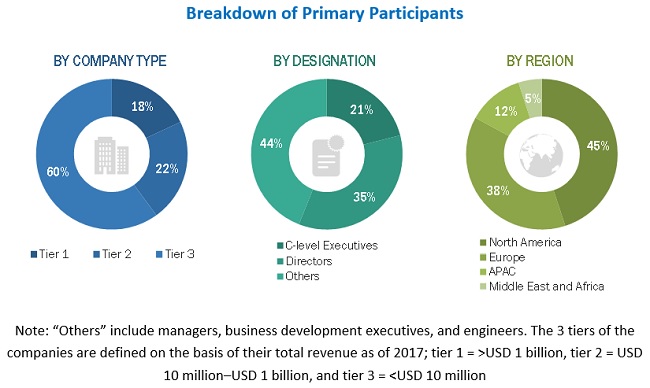 After arriving at the overall market size using the estimation processes as explained above, the market was split into several segments and subsegments. To complete the overall market engineering process and arrive at the exact statistics of each market segment and subsegment, data triangulation, and market breakdown procedures have been employed, wherever applicable. The data have been triangulated by studying various factors and trends from both the demand and supply sides.