The objectives of this study are to analyze the military simulation and training market, along with statistics from 2016 to 2021 as well as to define, describe, and forecast the military simulation and training market on the basis of application- airborne (jet flight, rotary flight and UAV flight), naval (ship bridge, submarine and others), and ground (battlefield, combat, ground vehicle and others), training type -live, virtual, constructive, and gaming simulation, and map these segments and subsegments across major regions, namely, North America, Europe, Asia-Pacific, the Middle East, Latin America, and Africa.

The report provides in-depth market intelligence regarding market dynamics and major factors influencing the growth of the military simulation and training market (drivers, restraints, opportunities, and industry-specific challenges), along with analyzing micromarkets with respect to individual growth trends, future prospects, and their contribution to the market.

The research methodology used to estimate and forecast the military simulation and training market begins with obtaining data on key military simulators & training equipment revenues through secondary sources, such as United States Department of Defense and journals/magazines, such as MS&T Magazine. The military simulation & training systems offerings are also taken into consideration to determine market segmentation. The bottom-up procedure was employed to arrive at the overall military simulation and training market size from the revenues of key players in the market. After arriving at the overall market size, the total market was split into several segments and subsegments, which were then verified through primary research by conducting extensive interviews with market experts, such as CEOs, VPs, directors, and executives. These data triangulation and market breakdown procedures were employed to complete the overall market engineering process, and arrive at the exact statistics for all segments and subsegments. Breakdown of profiles of primaries is depicted in the below figure: 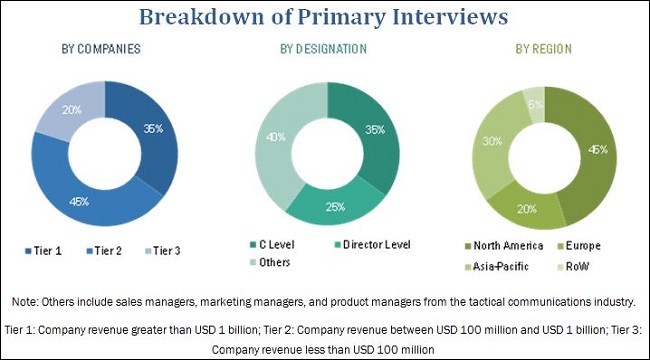 Target Audience for this Report

“This study answers several questions for stakeholders, primarily, which market segments they need to focus on during the next 2 to 5 years to prioritize their efforts and investments.”

Gaming Simulation is expected to grow at the highest CAGR

The military has been using gaming simulation for training, tactical analysis, and mission preparation. Gaming simulation is an important tool for warfare, which allows leaders to visualize the battlefield. In today’s scenario, personal computers and graphic cards have created an affordable platform for supporting games for entertainment, military training, medical education, and global communication. The gaming simulation training market is expected to grow at the highest CAGR during the forecast period. 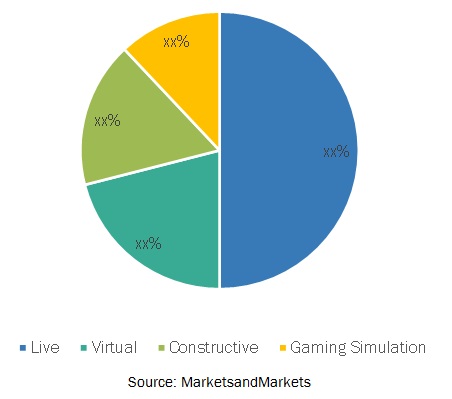 Along with the market data, MarketsandMarkets offers customizations as per the specific needs of a company. The following customization options are available for this report:

The military simulation and training market is projected to grow from USD 10.31 Billion in 2016 to USD 12.67 Billion by 2021, at a CAGR of 4.20% during the forecast period. Factors, such as increasing political disputes and civil unrest, adoption of virtual training to ensure safety and cost-benefits, and decline in military budgets of developed countries are driving the growth of the market.

Based on application, the military simulation and training market has been segmented into - airborne (jet flight, rotary flight and UAV flight), naval (ship bridge, submarine and others), and ground (battlefield, combat, ground vehicle and others). The ground application segment is projected to grow at the highest CAGR during the forecast period, primarily driven by the rising investment for military ground equipment from emerging economies.

Based on training type, the military simulation and training market has been segmented into live, constructive, virtual, and gaming solution. The live training segment dominates the studied market and is expected to continue its dominance during the next five years, as live training provides realistic simulations that involve real people operating real systems.

The APAC region is expected to grow at the highest rate during the forecast period. Countries in the region, such as India and China have increased their military budgets and are increasingly procuring military equipment. As a result, there is a need to provide training to military personnel, which is expected to drive the market. 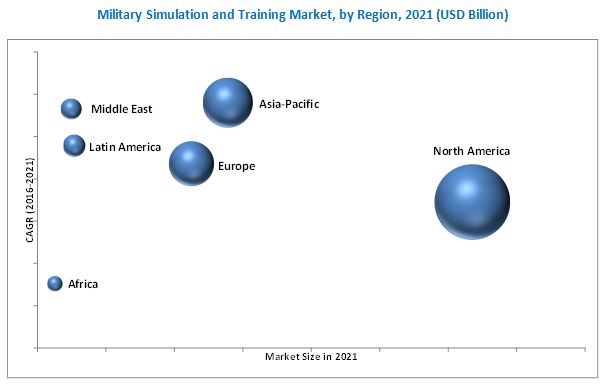 Contract was the key strategy adopted by the industry players to achieve growth in the military simulation and training market. This strategy accounted for a major share of the total growth strategies adopted by the leading players in 2015. For instance, in April 2016, L-3 Communications Holdings, Inc. (U.S.) received a contract from the Polish Ministry of National Defence Support Directorate to supply F-16 Trainer Support.

Increased use of simulators for various airborne military applications

Despite budget cuts, use of simulator units for airborne application has increased. Due to integration of simulation into training, cadets are receiving advanced training for challenging situations. Rising demand for air combat simulator is one the driver for increasing investment and innovation in the military training and simulation market. This has provided several growth opportunities to manufacturers of virtual reality (VR) and augmented reality (AR) devices. To provide advanced devices, manufacturers are investing more on research and development of simulators. In addition, gaming simulation is gaining traction and could become the most preferred training method in the coming years.

Market share of military simulation and training, by application - 2016 (%) 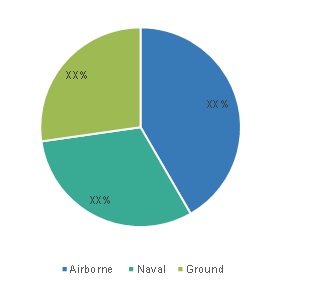