Industrial gases included in the metals & metal fabrication industry are oxygen, hydrogen, nitrogen, carbon dioxide, acetylene, and others. MarketsandMarkets projects the global market for industrial gases in metals & metal fabrication industry to grow from USD 33.24 Billion in 2015 to USD 47.06 Billion by 2020, at a healthy CAGR of 6.07%, as a result of the growth in the end-use applications such as automotive, aerospace & defense, metal industry, rail & shipping, heavy machinery, and others.

The industrial gases in metals & metal fabrication market is segmented on the basis of type, end-use, function, transportation mode, and region. The market is segmented into North America, Europe, Asia-Pacific, and the Rest of World (RoW). The Asia-Pacific region held the largest share among all the regions in 2014. This is mainly due to rapid industrialization in the emerging economies such as China, South Korea, and India. 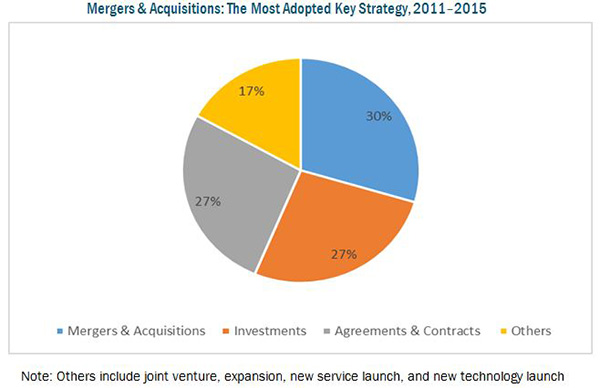 The growth of the industrial gases in metals & metal fabrication market was largely influenced by mergers & acquisitions in the last five years. The year 2012 experienced a large number of investment strategies being used by top players in the market. Agreements, contracts, and partnerships also formed an essential part of their strategies, which led to the flow of considerable income within the company. Most players in the market hold long-term contracts with their clients for the supply of industrial gases.

Companies such as Praxair, Inc. and Air Liquide S.A. were the key players who adopted this strategy to increase the reach of their offerings, improve their production capacity, and establish focus on core operations. Companies aim to serve the market efficiently by investing in manufacturing facilities and acquiring distribution centers in the fast-growing regions.