This research study involved extensive use of secondary sources, which included directories and databases, such as Hoovers, Forbes, Bloomberg Businessweek, and Factiva, to identify and collect information useful for a technical, market-oriented, and commercial study of the functional proteins market. The primary sources that have been involved include industry experts from the core and related industries and preferred suppliers, dealers, manufacturers, alliances, standards & certification organizations from companies; and organizations related to all the segments of this industry’s value chain. In-depth interviews have been conducted with various primary respondents such as key industry participants, subject matter experts, C-level executives of key market players, and industry consultants to obtain and verify critical qualitative and quantitative information as well as to assess future prospects. The following figure depicts the market research methodology applied in drafting this report on the functional proteins market. 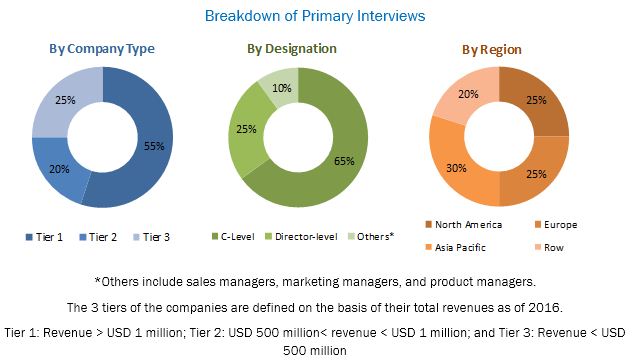 This report is targeted at the existing industry players, which include the following:

“The study answers several questions for the stakeholders; primarily, which market segments to focus on in the next 2 to 5 years for prioritizing efforts and investments.”

Scope Of The Report

On the basis of type, the functional proteins market has been segmented as follows:

On the basis of application, the functional proteins market has been segmented as follows:

On the basis of source, the functional proteins market has been segmented as follows:

On the basis of form, the functional proteins market has been segmented as follows:

On the basis of region, the functional proteins market has been segmented as follows:

Regulations for animal-sourced proteins are major restraints for the market

The US-FDA (US Food & Drug Administration) has strict regulations regarding proteins sourced from mammalian tissues.  For instance, the Ministry of Agriculture and Forestry (MAF) of New Zealand prohibits the feeding of ruminant protein in any form, composition, or admixture to ruminants due to the risk of spreading Bovine Spongiform Encephalopathy (BSE), also known as mad cow disease. As a result, the restriction has had an adverse effect on the supply of protein ingredients sourced from animals worldwide as it restricts the trade and availability of certain animal-based proteins meant for human consumption. 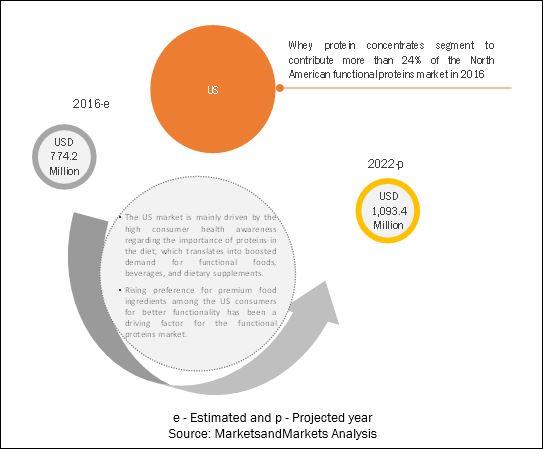 Whey protein is one of the major ingredients for manufacturing several milk-based products and is used by many food & beverage manufacturers as a protein source for product innovation. The major whey proteins are á-lactalbumin and â-lactoglobulin, which find significant demand from the processed food & beverage industry. The production of whey protein concentrates (WPCs) involves the processing of fluid whey through ultrafiltration to produce a variety of WPCs. WPCs are commonly used as a source of protein in functional food & beverages owing to their easy availability or ease of production and low cost as compared to hydrolysates and isolates.

WPCs have several functionalities in the food & beverage industry. For instance, they are used as water binding agents, enabling viscosity, as an emulsifier, foaming agent, and also as a flavoring agent in food & beverages. 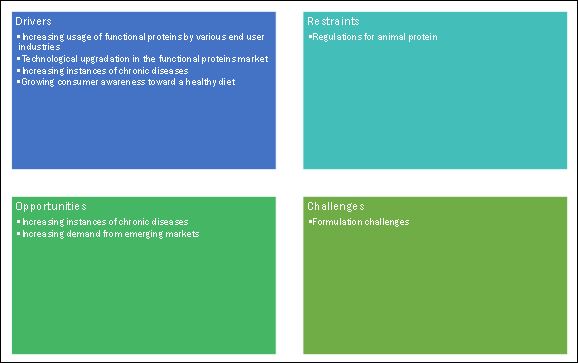 Leading functional protein manufacturers are developing sustainable and innovative solutions for existing and new applications to drive the industry forward.

Functional food is conventional food that is consumed as part of the diet, which along with nutrition, provides various health benefits. Protein is added to functional food products to offer health benefits such as curbing the appetite in order to help toward weight management. Due to this, there is a rising trend for healthier snacks such as protein-based bars among consumers.

Functional foods can be classified into the following categories:

Whey protein is one of the primary ingredients used in various sports nutrition products due to fast absorption and relatively low cost. Isolate is a premium functional protein type due to the less fat and carbohydrates content. 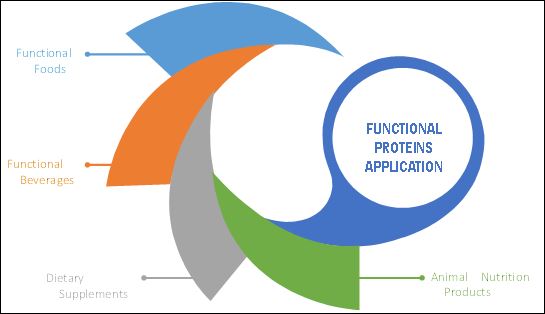 Functional beverages are popular with consumers due to the various health benefits associated with their consumption. Due to this rising consumption of functional protein drinks, the demand for the functional proteins is expected to increase during the forecast period. The hectic lifestyles of the working middle-class population demand the use of convenience products for on-the-go consumption to save time

Dietary supplements come in the form of capsules, liquids, powders, or tablets and are consumed to balance the deficiencies of certain nutrient components in diets. In dietary supplements, one of the upcoming trends is the intake of protein powder, which promotes muscle gain, fat loss, and provides nutritional benefits.

There is a growing consumption of different types of functional proteins, of which whey protein is a popular diet supplement among consumers of all ages. Weight-loss supplements that include whey powder as an appetite suppressor is also witnessing an increasing trend of consumption.

The market for feed ingredients such as protein is expected to experience significant growth in the future as feed manufacturers tend to attain more output from animals due to which various nutritious ingredients are used in feed. The use of functional proteins that offer physiological and microbiological benefits to the digestive systems of livestock & companion animals is becoming more prevalent across the modern feed and pet care industries. Various ingredient manufacturers offer a range of ingredients, such as protein for animal nutrition applications. Pea protein, whether concentrate or isolate, is used in feed such as pet food for nutritional fortification.

Based on type, the market has been segmented into hydrolysates, whey protein concentrates, whey protein isolates, casein & caseinates, soy protein, and others. The whey protein concentrates segment dominated the market in 2017. Whey protein is one of the major ingredients used for manufacturing several milk-based products and is used by many food & beverage manufacturers as a protein source for product innovation. They are commonly used as a source of protein in functional food & beverages, owing to their easy availability or ease of production and less cost, as compared to hydrolysates and isolates.

Based on source, the animal segment accounted for the largest share of the global functional proteins market in 2017. The demand for animal protein is driven by its better nutritional and flavor profile compared to plant-derived proteins. Further, the increasing use of animal protein in end-use applications, such as sports nutrition and the limited availability of substitutes for egg and gelatin in various food products—which, in turn, is influenced by lifestyles and demographic shifts—are the key market drivers. 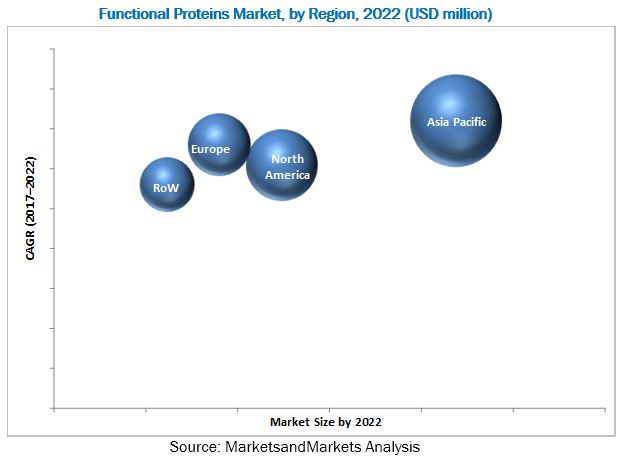 The challenges faced by pet food ingredient manufacturers include critical formulation and low consumer awareness. Such challenges may hamper the functional proteins market in the coming years.

*Details on Overview, Products and Services, Financials, Strategy & Development Might Not Be Captured in Case of Unlisted Companies.