Brian S. Williams, Americas Strategy & Innovation Leader at Cognizant, speaks to our host, Pranjal Sharma, about the future of robotics surgery. Read the blog to find out if the future of healthcare lies in autonomous robotics and the ethical implications of robot-driven surgeries.

Since the early da Vinci robot surgery - the first to be approved for general laparoscopic minimally invasive surgery of the abdomen or pelvis using a camera - the field of robotic-assisted surgery has exploded due to the drastic improvement in technology.

Are robots taking over operating
theatres as we knew them?

While robotic surgery is an exciting topic, it also carries some anxiety regarding the concept of a machine operating on a human body. People are generally used to reposing confidence and trust in a human being as opposed to a machine or a robot, especially when it comes to invasive medical issues. So, how will that perception change?

"Robotic surgery is not a new concept and has been around for quite some time. In fact, LASIK eye surgery is widely accepted not only in the United States but around the world. The procedure has become cost effective and consistently reliable. Over 800,000 LASIK procedures are conducted every year so that is quite a history there for that procedure, the robotic surgical platform represents a crucial technological change, that moves away from open surgery," says Brian Williams. Robotic surgeries are indeed widely gaining acceptance and trust, both among the medical fraternity and the population at large. 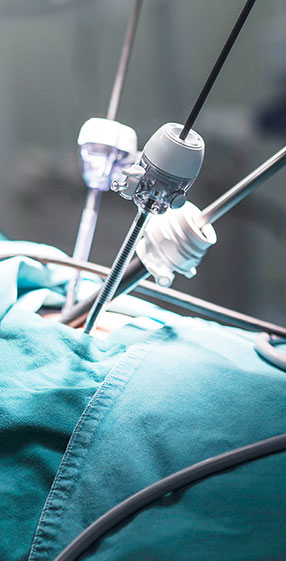 Another leader in the field is Intuitive Surgical, who specializes in minimally invasive abdominal and pelvic area surgeries for men and women, with their robots performing millions of procedures quite competently. So, the use of robots to facilitate safe surgical procedures has been in use for quite some time. And over the years, it has been proven that robots can improve clinical outcomes, sometimes in a rather dramatic fashion as opposed to traditional physician procedures. While physicians are still necessary, at least for the first time, perhaps to learn and establish that base of knowledge, in many countries around the world, including the United States, there's a shortage of physicians available to do those procedures.

The future of robotic surgery at firms such as Cognizant is quite bright, seeing how clients are adapting robotic platforms to enable more people to gain access to higher quality care and deliver better care outcomes. Robotic surgery offers many benefits to the patients compared to open surgery, it reduces pain and discomfort, enables faster recovery time, and helps the patient to return faster to normal activities. It offers smaller, more precise incisions, resulting in reduced risk of infection, presents minimal scarring and shorter hospitalization. One primary difference between traditional laparoscopic surgery and robotic-assisted surgery is the degree to which the tools can be manipulated. This is due to the higher level of range of motion and increase in the dexterity of movement that can be attained using robotic technology.

While there are variations in different countries and regulatory environments, the fact remains that accountability and responsibility need to be covered under certain common guidelines. Under most medical regulatory systems if something goes wrong, the doctor is liable, and the healthcare service provider is also liable. But if an autonomous robot is in error where one does fix the liability? The challenge is to encourage innovation, but at the same time, protect the interest and rights of the patients. Fortunately, several countries especially in the US market and Europe are keeping up with regulatory schemes and are viewing the adoption of robots to expand better access to healthcare and to deliver consistently better health outcomes.

Some of the highly successful robotic platforms like the LASIK platform or the INTUTIVE platform, have led the way regarding data privacy and patient care outcomes. And even in those unfortunate circumstances where things go awry, how the situation is handled appropriately in terms of responsibility of the respective parties is of great value. The whole process is currently on a learning curve, including the companies themselves, the clinicians, the regulators, and hospital systems that employ the physicians and deploy the robots. In fact, the community is building a wealth of knowledge around how these things should and should not work. It is a very crucial initiative that will continue to be instructive and helpful as more and more robotic platforms enter the market. 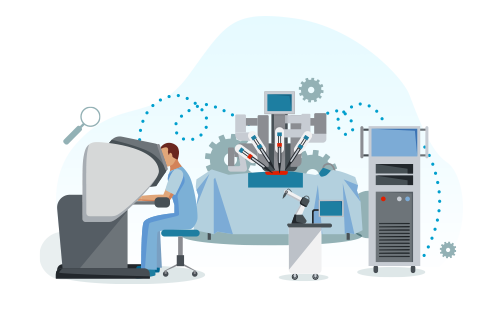 The ideal way forward to promote the robotic surgery platform of the future while taking care of all the stakeholders would a global industry level collaboration between companies like Cognizant and Johnson and Johnson for example, along with respective governments, to create the right environment to push this forward in the safest and most innovative way possible. The good news is that some of the key players and enablers of that environment are already in place. There an international regulatory harmonization working group that brings the major regulatory bodies together to try to understand how new technologies like robotics and even new therapies can be effectively deployed for the benefit of human health. In addition, industry trade groups like ADVAMED in the US and its counterparts across Europe and elsewhere are working with medical device manufacturers to understand where and how the regulatory environment is positioned now.

"In short, regulations need to potentially evolve and adapt to some of the mechanical, technological, and scientific advances that are already represented by the robotic platforms in market, as well as emerging scientific technologies. The harmonization effort will benefit both the medical field as well as patients worldwide," said Brian.